Autumn is well and truly here, and it’s time to clear the decks for the winter days that sit on the horizon.

At the beginning of the year I planted two rows of raspberry plants, one row for spring/summer harvesting (Malling Promise) and another for summer/autumn harvesting (Autumn Bliss).

For the first year of growing raspberries, I set my expectations low with regards to the amount of returns I’ll get from these raspberry plants.

While those expectations were met with regards to the Malling Promise, the Autumn Bliss did produce some great batches toward the end of the summer, heading into the Autumn – so the time has come to do some housekeeping and show these plant some TLC.

This is definitely a first for me, so I’m learning as I go…

I’m actually a little premature with my pruning. These bushes should be pruned toward the end of the winter, during the last few weeks of February.

This means that I’ll need to keep a check on new growth and take a view as to whether I prune these again next year. I felt the need to prune these at this time as the plants were rife with dead heads, suckers and unstable canes.

I’ve read that raspberries are quite resilient overall, so the premature pruning shouldn’t have too much effect in the long run (fingers crossed).

The actual pruning was fairly straight forward, but there are some things that I learnt as I was going along:

One new habit I’ve adopted recently, is to try and cut debris into smaller pieces for the compost bin, especially the thicker branches.

This helps to promote aeration, heat and organisms in the heap. It takes a little bit longer to do that, but I’m hoping it’ll be worth it in the long run.

Are you growing raspberries for the first time? I’d love to know what varieties you’re growing and what your experiences are in the comments below. 🙂

I’ve just planted some Autum bliss in today, I have everything crossed as like you I’m a first timer planting raspberry canes… I haven’t build any support wires yet but I know I’ll need to. Not wishing to wish the year away but I’m a little excited for Autum! 😀

Ah congratulations! I was pleasently surprised with these in the first year, they produced a couple of punnets and I have high hopes for the year ahead. I too need to build some supports. I’ll get to that when the time comes 🙂 I hope yours flourish and grow 🙂

I hope so, fingers crossed for yours this year too. Stay in touch and let me know how you get on, I’ll feed off your advice and experience 🤩

[…] look after themselves. The autumn raspberries have done really well and I’ve decided to not prune these like I did this time last year. Instead, I’ll be pruning these in the early spring. The […] 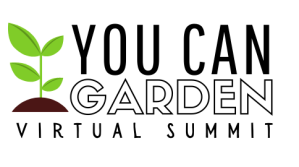