The  sun has set on one of the hottest summers the UK has seen in quite some time. I for one couldn’t remember the last time the Mercury hit the top end of 36 degrees. As a result (and I hope I’m not alone when I say this), during the summer allotment motivation levels hit […]

The  sun has set on one of the hottest summers the UK has seen in quite some time. I for one couldn’t remember the last time the Mercury hit the top end of 36 degrees.

As a result (and I hope I’m not alone when I say this), during the summer allotment motivation levels hit rock bottom. The plot was just to hot and dusty to do anything with, and anything I planned on growing just ended up being burnt to a crisp.

To add to this hot and dusty tale of woe, I was amazed at well the bindweed and the marestail took off. Whenever I did end up going to allotment, I usually ended up using my fork to twirl up the weeds, just as you would with spaghetti on a plate.

The pictures below were taken at around the end of July, beginning of August. As you can see, the plot was in a right state. The grass was dead and the weeds had reached waist height.

All of this has been a steep learning curve for me. I came to the conclusion that the reason why I have such a weed infestation is because I generally leave all of my beds open to elements, which means I get a lot of blow off from other weeds onto the beds, so my plot is just harbouring a tonne of unwanted seeds.

The site of the plot has spurred me into action and after much deliberation, I simply thought to myself that I can do things better. I can have a plot that’s not as labour intensive, one that’s not going to harbour so many weeds and not dry out so quickly.

So that’s what I’ve done…

At first it started out as a digging session, clearing the weeds and then moving the compost bins out of the way. Then it turned into a war against bindweed and marestail.

Then I decided that it was high time I start to keep things covered up so that I don’t start accumulating the seeds of unwanted plants. I purchased some plastic sheeting and laid that down to cover the ground. 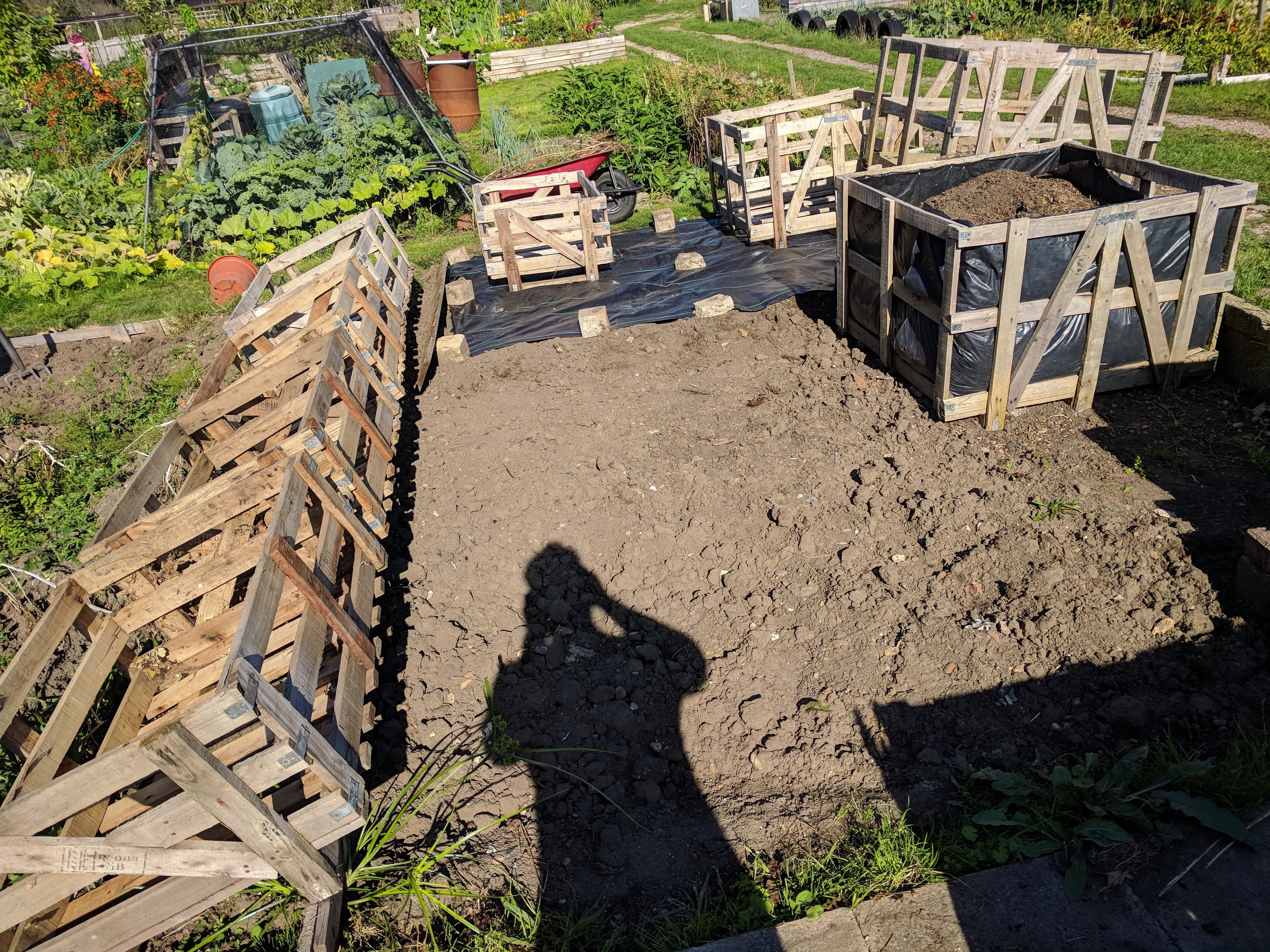 I’ve also been lucky enough to have accumulated a number of crates to use on the plot and so I’ve decided to use the larger ones as compost bins and some smaller ones for some fruit shrubbery of some sort.

Once, I completed that stage – I decided to work a little bit more of the plot.

I’d love to know your thoughts on my efforts, or if you think what I’m doing is a little bit too drastic.